It started innocently, as revolutions often do.

I've been working (and re-working) my branding and messaging for the past year, and nothing really seemed to hit the mark. I dove into course after course that offered bits and pieces of what I was hoping would help me craft a clearer direction for me as both an artist and entrepreneur. As usual, some were better than others. While class is still in session in at least one of those programs, I want to update you on a major ah-ha I got from Revolution U579, the brainchild of author and all-round good guy, Jonathan Fields.

It probably sounds better when the Beatles sing it.  Jonathan's premise is that instead of creating a business, we can create a commercial revolution that sets us apart in our industry as well as in the minds of our biggest fans. We stand for something bigger than just the "stuff" we sell.

That sounds like a pretty sexy idea to me.

RevU takes you through a series of exercises and prompts to ultimately identify the core idea of your revolution. Jonathan asks what you're moving away from and what will supplant the old dictatorial regime. For me, it boiled down to one simple idea:

When we stop dreaming, we start dying.

As kids, our hearts are full of whimsical fantasies and never-ending stories about our biggest dreams. Firemen, princesses580, becoming a rock star. We keep on dreaming until, one day, something happens, or someone else enters our lives and slowly, those dreams get squashed, squelched, or otherwise relegated to some dusty corner in the attic of our minds581... often to never be revisited again.

582That's when death begins. It's slow, plodding, and sad. Most of the time, we don't even realize it's happening to us. Someone tells us we're too loud, or too enthusiastic, or a bit obnoxious about our dream, so we turn the volume down. Little by little, those dream voices get fainter and fainter until they've got no voice left.

For the dreamers of the world, it's like arsenic poisoning583. It's a slow, lengthy, murderous end to everything we're put on the planet for. Dreams are part of our DNA. It's part and parcel to why we're on this rock in the first place. And we're a sensitive lot, so we often give up, rather than fight for the very things that give our lives meaning.

From da Vinci to Edison to Spielberg to Lady Gaga, it's dreamers that make the world a more entertaining, effective, and colorful place to live. Too much dreaming means things don't get done - that's why we've got pragmatists (like my husband, Lord love him). They are the string that keeps the dreamer's kite from flying away in a stiff breeze. But without us kite-flying dreamers, there'd be a lot of pragmatists playing cat's cradle584. Actually, that's not true. They'd probably be safely tucked away on a giant spool of string.

I believe in the power and possibility of dreams. I believe that our dreams belong to us for a reason, and that no one else could bring our dreams to life exactly as we would. No two dreams, however similar they may be, would ever turn out exactly the same because they come from two different dreamers. For that reason, if for no other reason, we need dreamers.

"Dream until your dream comes true."

If it's good enough for Aerosmith585, it's good enough for me. When we stop the dreamers of the world, we slow down the do-ers, too. The world's greatest inventions and innovations are born through the pedigree of dreamers. Spielberg couldn't create his films if motion pictures hadn't been invented, which couldn't have happened without the early Chinese invention of a form of animation. While it's not a biological lineage, it's definitely an important one. Where would today's young dreamers be without "Frozen" and "Let It Go?"

If you're a dreamer, hear me now: the world needs you. Not some watered down version of you - the REAL you. The you that dreams the outrageous dreams. The you that snorts when you laugh. The you that comes off a little obnoxious when you're enthusiastically sharing your big ideas.

We need you to keep on dreaming... until your dreams come true. 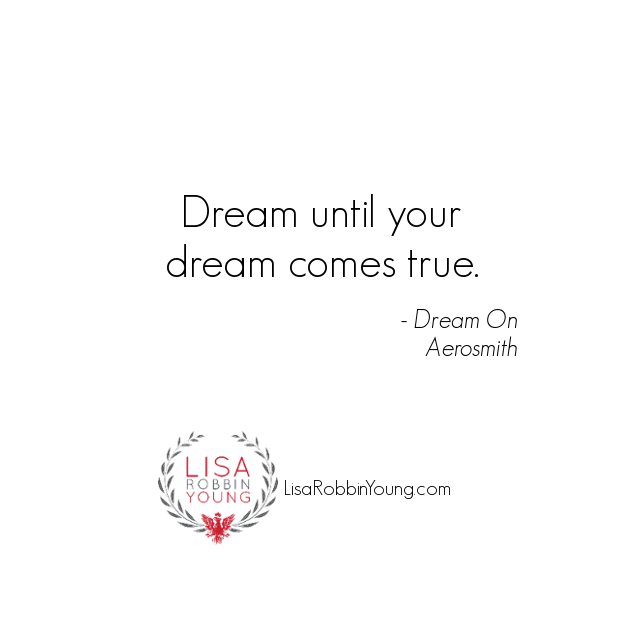 Here in the U.S., it's almost Thanksgiving, which means, black friday, cyber monday, and a whole lot of campy, cheesy, in-your-face marketing to ply you into buying more "stuff" to make your holiday complete. Blech. It's one of the reasons I do an annual give-back campaign each November around the anniversary of my launch of The […] 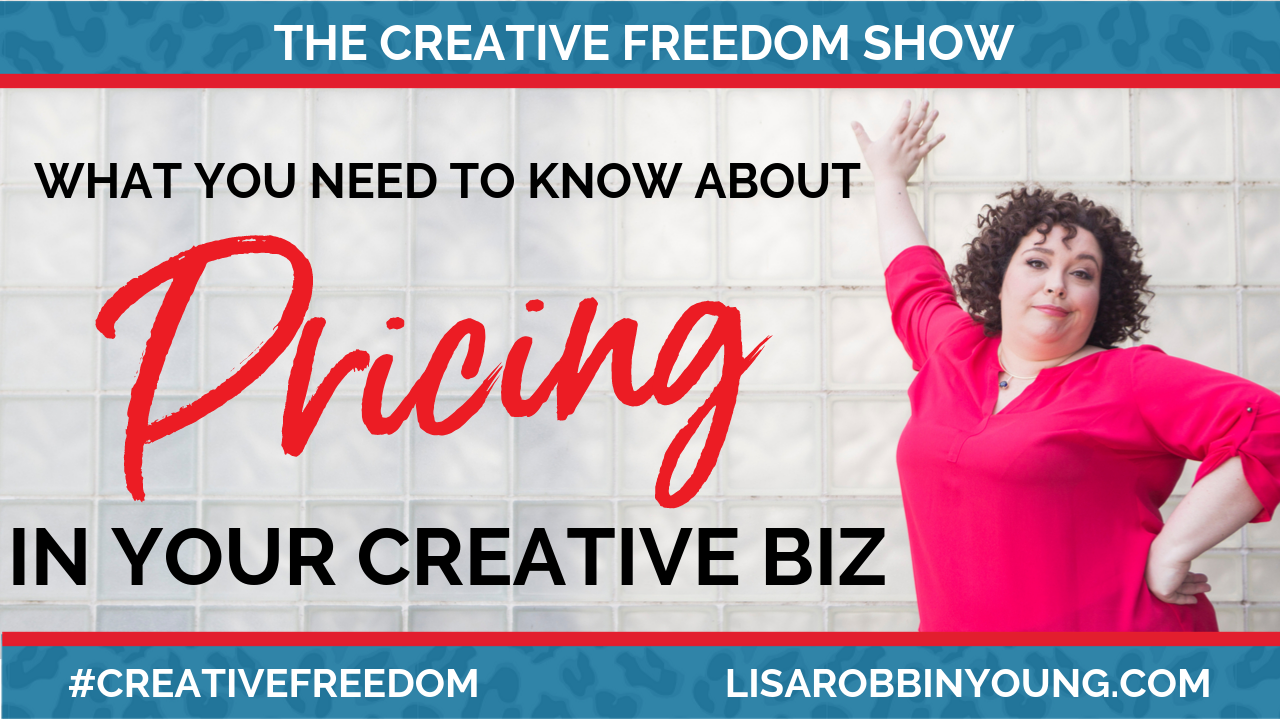 Charge More and Do Less: How to change your mindset around pricing your creative work
Lisa Robbin Young

[Creative Freedom S5E7] If you're a heart-centered creative entrepreneur struggling with pricing, there's good news: you don't have to subsist on a survival-level income, and you don't have to price gouge your clients in order to be successful. There's a middle ground that's profitable and sustainable. Your pricing tells a story, and it's personal. For […]