Often times, we as creators find ourselves in a bind.

Okay, bind is not the right word. Neither is stuck. It's more like being trapped in a building that's collapsed.

We're gasping for oxygen, battling with ourselves over whether we should scream out for help or conserve what little oxygen we have. 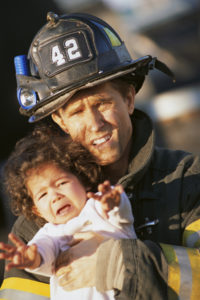 Trapped, with no way out...

Generally, the collapse is caused by a lack of planning or foresight. Something wasn't built right in the first place. Sometimes, we've trapped other people we care about inside that building with us: our spouse, children, family and/or friends.

I've never been, and I hope you never actually get yourself trapped in a collapsed building. From what I've seen and heard it's painful for everyone, and invariably, the people getting extricated suffer additional injuries in the process of rescue.

Few people in the know are willing to admit that there's a pain that comes as part of the process of creating. Sometimes, stuff is just plain HARD. And it's supposed to be that way.

As they say in The Princess Bride: "Anyone who says different is selling something."

Sometimes, it's as mild as the pain of discipline. Sometimes it's a horrifying pain of regret. But be assured, there's always pain.

That sounds so pessimistic, but when you recognize pain as part of the process, it comes as less of an unexpected surprise. Like childbirth, you can do some preparing. It isn't as likely to catch you off guard. Will you know exactly what pain you'll face, not always, but at least it won't sneak up from behind and leave you reeling in a collapsed building.

Creators often become single-focused. They bury themselves in their work for extended periods of time and then put all their work aside to focus on repairing the relationships they've neglected. Instead of seeking balance, we figure we'll pick up the pieces later.

But now, everyone is entrenched deep inside this collapsed building. Everyone has broken bones, is wailing in pain, and wants to be rescued first. As the workers come to clear the debris, inevitably someone is going to get hurt more.

But then... sunlight breaks through, and you are about to be pulled from the wreckage of this structure that was never built properly in the first place. You're battered and bloody and really lucky to be alive.

Here's where it gets dicey...

This is here where the hard work begins. Because you have to choose to be rescued. Some people resist rescue. They're so entrenched and think there's no hope for them. Yet, they're so attached to the drama that they'll let the rescuers come and do all that digging and then FIGHT the very people that are there to help them.

You can't decide for someone else. You can only decide for yourself. And there are those around you that may decide to stay in the building. It may even be your fault technically that the building has collapsed in the first place. Do you stay in there and die with them, or do you decide to be rescued?

Hopefully, you decide to accept the help you need. Then begins the lifting, pulling and doing everything in their power to get you out.

Your hair gets pulled, your broken arm gets scraped, your favorite pants get ripped. It almost hurts more being rescued than it does to just lay there and die.

But you continue to cooperate. Just a little farther, and you'll be out.

The rescue team hoists you onto a stretcher, and you're on your way.

Finally, the true healing can begin...

Never let anyone tell you that the fight isn't worth it. Even if your irresponsible lack of planning brought you to this collapse in the first place (which I doubt). Pay no heed to the folks that say if you haven't solved the problem by now you probably never will.

If it's in you to keep fighting for rescue, don't give into the drama, the negative voices in your head (or outside it), or any signs that may otherwise say it's too late.

Get through your rough patch - no matter how rough it is or how long it lasts. You have a purpose on this planet bigger than the immediate crap you're going through. The world needs you, your brilliance, and your voice deserves to be heard. Keep breathing and keep fighting for every ounce of oxygen you can get. There are people looking for you in all that rubble. If those around you choose to stay within the rubble, that isn't your fault. Don't take ownership of that guilt. Staying in there and dying with them only makes things worse.

My grandfather used to say that every day above ground is a good day. Every day you have to hone your Essential Why and share that message with someone (anyone), is another day to fight the fight. Every day you have to refine your craft, do your work, and improve your skills inches you that much closer to being found in that rubble.

Keep breathing. Keep fighting. You will be found.

Are you being too generous with your offers?
Lisa Robbin Young

First off: We're only a few weeks into our new web series, and I'm already getting questions and requests for topics to cover. YAY! If you've got a burning question you'd like to see me answer in the Creative Freedom series, let me know! We want to make this program as valuable as possible for […]

by Cassandra Paquin [Editor's note: This is Day 19 of the Be Your Own Guru series. Cassandra is not just a seasoned business owner, she's also my Sister in-law. Her tasty hand made granola has been on my Christmas wish list every year that I've been married! In the series, we've already talked about when it […]