The Rewards (and Dangers) of Unconscious Self-Sabotage

More than half a lifetime ago, my grandmother was dying. Just a summer earlier, Grandpa was in the hospital during their 50th wedding anniversary party. While he made a full recovery, her health began fading as we went back to school in September. Over the course of the next few months, as winter blew in, it became clear that it would be her last Christmas with us. We just didn't know how few months we'd actually have with her. Before spring arrived, she was gone.

The hurdle that prevented me from pursuing my dreams...

It was February. I was a senior in high school, and our choir was preparing for festival. This is a really big deal in the vocal music circles in my state. My high school had a lengthy history of earning "straight ones" at festival - and our madrigal always made the cut for State Solo & Ensemble. Superior ratings in sight reading, performance, presentation - the whole deal. The Flint Central A Capella Choir was legendary.

One of the reasons was our director's relentless pursuit of excellence. He scheduled a "mandatory" weekend rehearsal that coincided with a horrible snowstorm. He made it clear that failure to attend would essentially drive our grade into the ground. Not being one to fail, I cajoled my mother to drop me off before she headed to visit my grandmother in the hospital.

I very much would have preferred to be with Grandma, but I also knew that my grades in music were "the most important thing in my life!" See, I planned to graduate, move to California, and become a rock star. So, of course, missing any "mandatory" rehearsal that would affect my grade was simply out of the question - regardless of how much I wanted to be elsewhere.

The show must go on, right?

Grandma and I had many conversations over the years about my love of music, my desire to be a performer, and what my college plans would look like. As her health deteriorated, she began hinting - and later nagging me - to "stay close to home" for college. I had applied at several west coast colleges, including UC Berkeley, and held out hopes of getting an acceptance from a school in California. To humor my grandmother, I also applied to U of M Ann Arbor and Bowling Green State University - both of which had great composition programs, but required a major instrument. Due to a misunderstanding in the audition process, I pretty much bombed the application to Ann Arbor, but since figured I was a shoo-in for Berkeley, I didn't worry too much.

As the months passed - and then with the hospitalization of Grandma - I began to think I wasn't going to get accepted. I got nervous. All kinds of scholarship offers were rolling in for schools that had lousy music programs. I was a National Merit Scholar and a National Achievement Scholar so my academic scores had droves of colleges beating down my door - but not Berkeley.

On that horribly cold February day, whilst I was away at a "mandatory" choir rehearsal, my family made the decision to pull the plug. The machines were turned off. The monitors were disconnected, the oxygen supply cut off. She died within the hour, while I was across town sitting in a half empty classroom. The storm was so bad that most of the students couldn't make the "mandatory" rehearsal. Later, our director later opted to count it as extra credit because the weather was so horrendous. I didn't need any extra credit, dammit. I needed my Grandmother.

I still seethe (and cry) at the choice I made.

I wasn't there when my grandmother died. Not too long after, Bowling Green sent me an offer letter. They have an exceptional music composition department, so I accepted, thinking Berkeley would have made a decision by now, and feeling guilty that I somehow owed Grandma because I chose music over her.

This, of course, was an erroneous assumption on several levels. I didn't choose music over Grandma. I made a choice, but it wasn't that one. However, in my limited world view, my "lizard brain" somehow translated it that way.

Late Summer, after my senior year, I got an offer letter from Berkeley. and I said no because I had already said yes to BGSU. That choice was the first time I stopped pursuing my God-given dream of performing. It was the first brick that paved the way for me to move away from that dream entirely. In essence, whenever I had to choose between my family or my music, I've ALWAYS chosen family - until now.

Your brain does the same thing all the time

You may not realize it, but there's a constant state of judgement rumbling around in your head. Your lizard brain makes snap decisions about everything you experience. It's normal, and designed as a survival mechanism. Sometimes those judgments are empowering ("alligators can kill you, stay back"), while other times they are disempowering ("choosing music over your family makes you a bad person, thus you don't deserve success").

Your brain is making a ton of mis-translations that you are secretly coloring your world in ways you might not want. The sad news is that you don't always see them until they've had their way for a while. But once you DO recognize them, you have a choice.

Do you continue to live in that shadow, or do you step into the light of your truth?

Somehow, I saw that in choosing my calling over my family, I was "bad." I didn't realize it consciously until very recently. I didn't realize how much that event would tangle itself around my heart and strangle so much of my future. Like Jonah running away from his calling and toward the whale, I was being swallowed up in a sea of disempowering choices that took me farther and farther from my calling.

But now I have clarity. I can see that I don't have to pick one or the other. It's not a black-and-white, "either or" scenario. And just because I choose to rehearse instead of read to my son on Tuesday doesn't mean that on Friday I'll choose rehearsal over my son's parent-teacher conference.

You have options. You can decide differently at any time.

The trick is knowing that. The trick is giving yourself permission to own that truth. Here I am, staring down the barrel of turning 40, and I'm more excited (and nervous) than I've ever been about being a performer again. I love the time I spend writing, rehearsing, and recording. I get a kick out of the songs we've been doing for the #300songs project.

And I enjoy taking my teenager to the movies, or playing Fish with my 7 year old. I savor the stolen moments I have with my husband - between packing lunches and getting kids ready for school - before he heads to work in the morning. I think this is what "having it all" is meant to look like for me - at least for now. Who knows what the future will hold? Who knows what other epiphanies lie under the surface waiting to be revealed in their time?

I have a friend who likes to say "there's no right or wrong, only your path." I'm not entirely sure my heart is ready to agree with her, but I do know that every choice you make colors your future. Sometimes, we don't have enough information or life experience to translate that choice in an empowering way. But once we DO have that knowledge base, it is incumbent upon us to make a decision: do we make a new, conscious choice to live intentionally, or do we continue to play the victim in a story that is no longer our truth?

I know what I've decided to do. How about you? 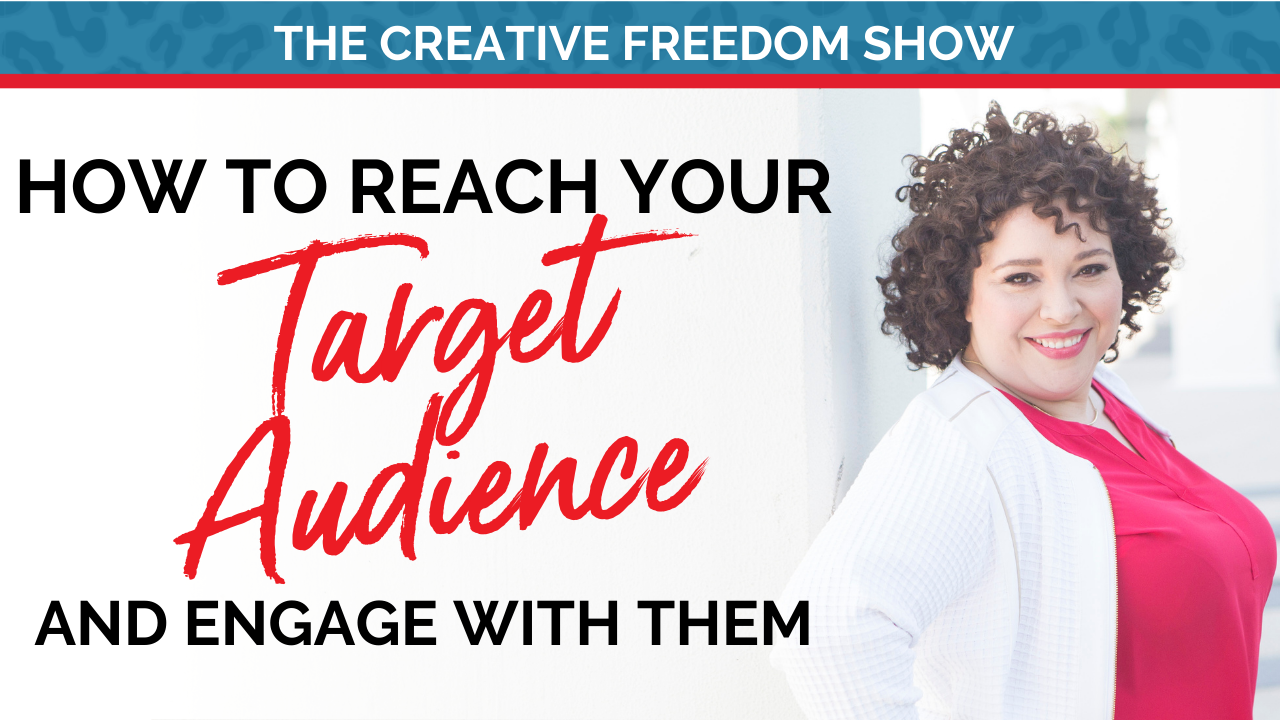 How To Reach Your Target Audience
Lisa Robbin Young

In our last episode we talked about how to find folks and I intimated a little bit about the need to talk TO them, not AT them. But we didn’t get into specifics of how to do that - what to say, etc.

I don’t want to leave you hanging. So, that’s what this episode is all about.

(Author's note: this post originally appeared in 2011 on one of my old blogs. I've freshened it up a bit for you today.) One of the things that really annoys me are those folks that say they want change, but don't take action when answers are provided. It dawned on me why they don't budge. […]