BYOG Day 19 - Staying Positive in a Sea of Negative: Life Gave Me Lemonade!

[Editor's note: This is Day 19 of the Be Your Own Guru series. Cassandra is not just a seasoned business owner, she's also my Sister in-law. Her tasty hand made granola has been on my Christmas wish list every year that I've been married! In the series, we've already talked about when it might be a good idea to quit. Here, Cassandra gives us some guidance on how to keep plugging when quitting isn't the best option.]

Small business owners are a special breed, and female business owners are even more special. I know; I’m one of them. Over nine years ago my daughter and I started Hearth Strings Foods, Gourmet Granola Products. We started out as a small cottage bakery, selling at several farmer’s markets. Soon our products caught on and by the end of that year we were invited into a local chain of health food stores. During this time our daughter decided to fly on her own and spread her butterfly wings, so things began to change for us.

Before long we gained access to the largest gourmet grocery chain in the Southeast (based in North Carolina but with stores across the country). We now have that entire chain for the state of NC, the original chain, and over the last year we have added a large national health food chain, also based in NC. It’s been a busy nine years - a blur really - but there has been much growth, much learning, and plenty of mistakes to count as learning experiences.

One of the most valuable lessons learned has come over the past year: my mindset and outlook as a business owner.

It’s this lesson that I’d like to focus in on for the purpose of passing on a bit of valuable wisdom and encouragement for all business gurus out there, experienced and newbie alike. So, here goes! 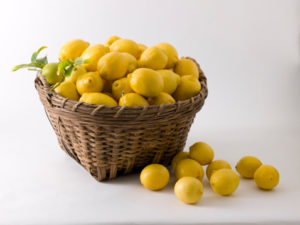 Let me throw out a question for you to chew on:

“Can the attitude and outlook of the entrepreneur directly impact the bottom line of that business?”

It seems like a rather basic, simple question doesn’t it? Well, let’s take a long gander at this little gem of the obvious. During the last 4-1/2 years as the economy has gone through it’s free-fall plunge, many business owners have hit bottom. Some have yet to find the bottom and are still free-falling. That’s the depressing news.

Here’s the upside. Some of us saw this mess coming - though we didn’t know how deep the pit would be (and still don’t). But when the cart went over the cliff, a few of us didn’t panic. We spread out all-4’s (like a cat) and slowed the fall, sailing down with a bit more control than an all-out tumble. For those of us who have been more flexible, riding out the waves, it’s made all the difference between "throwing in the towel" and standing our ground. Some found a little ledge to land on, by God’s grace, and have been hanging out, assessing the landscape, and setting up a plan for recovering the ground lost.

During this time of floating down, especially during 2012, I found that kicking and screaming while falling did nothing but waste valuable energy, time, and creativity. So during late spring of 2012 I decided to make a paradigm shift. A friend pointed out a song by Christian artist, Chris Rice: Lemonade, and that was the catalyst I needed to make a real heart-change and shift outlook. 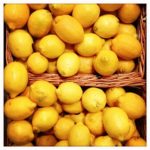 It’s the stuff you get when you squeeze lemons, add some water and something sweet, then sip (or gulp depending upon your style) til you feel refreshed. Up until my outlook shifted, the truckloads of lemons that were pouring in uncontrolled had me about covered up. It’s this very factor that overwhelms many entrepreneurs to the point of giving up. But a few will be under that pile of lemons and hear the next truckload backing up to spill out more. That's when they will realize that they better get a plan - and FAST!

Realizing that I was one of those under that ever-increasing lemon mountain, I had a choice: pitch 8 years of hard work and let my dream die or take a hard look at what some of those lemons were. Upon close inspection I had an epiphany.

Each truckload of lemons holds a lesson. 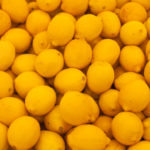 The longer we take to learn the lesson, the more the shipments keep rolling in - until we “get it”. So I started taking time daily to closely examine what was going on around me rather than getting so overwhelmed and discouraged that energy and creativity was sapped.

The main thing I realized is that, as things beyond my control were flooding in, I was wasting time and energy on being negative, wondering what was going to come next. My thoughts were constantly assaulting my own self-image, berating and beating down any positivity that was cowering in the corners trying to survive. Every word, every expression of thought or feeling was negative. This was the first place that needed to change -immediately. Our business was feeling the brunt of all of this negativity, our bottom line reflected it. We were in a precarious position.

I started making small changes daily. Phillipians 4:8 “……whatsoever things are just, pure, lovely, and good report….think on these things” became my mantra. That’s where the Lemonade started. I started squeezing those lemons, one by one, to find the blessing….find something positive to share with someone.

Little by little the truckloads slowed, and smaller lemon trucks were coming.

That is to say, the problems that were sweeping over us like waves at the beach, started to become less and less overwhelming. I learned how to stand, balance, and hold my ground when the waves hit. No more getting knocked over with each wave, drowning in the undertow.

A curious thing began to happen as I was squeezing those lemons, something I didn’t notice until this spring. As I have been focusing on finding the blessings, the positive in all those negatives, slowly things with the business were starting to turn a corner. Two wonderful workers joined us to take up the slack that was overwhelming us. I was working at reaching out to others who had worse things going on in their lives, making an effort to encourage other business owners who were down and having a hard time getting out of the lemon pit. This took the focus off of my own trials and gave me an opportunity to share wisdom, light moments, and make people remember how to laugh and be thankful for what they DO have rather than what they DON’T. Ultimately, it was about reminding us on both sides of the conversations that God has this whole thing. He has our backs. He’s in control, and none of it comes as a surprise to Him.

Last month our accountant called to hand me a pitcher of the sweetest Lemonade yet.

During all that time of keeping my head down and slicing lemons, the bottom line had changed it’s dress from red to black! I was thrilled! In an economy where fellow small food manufacturers were experiencing at best a 2% increase in profit we had realized over 14% since last spring! That was a total shock, but the greatest blessing of my week!

So take a good look at all those lemons you’re sitting in the midst of. What are you going to do with them? Sit and watch them rot and let all that negativity spoil your outlook while your business dies? Or will you grab a knife and a cutting board and just start slicing, squeezing, learning, encouraging, praying for God to send the blessing to help sweeten all that tartness and get to making something you, too, can share with those around you?

I challenge you to get out the pitcher, make some Lemonade, and start sharing it. Your heart and mind will thank you, you’ll be more pleasant to be around, and you will find you have more clarity, creativity, and courage to plow ahead. Before you know it, your accountant may be calling you with good news too!

Happy Lemon-Squeezin folks, and don’t let a squirt in the eye get you down now and again. It’s all good! Life gave me lemonade and I can’t imagine why... but I’m gonna need another straw! 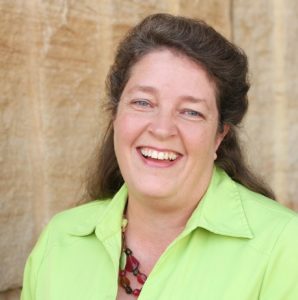 Cassandra Paquin is the co-founder of Hearth Strings Foods, a family-owned granola bakery located in the foothills of the North Carolina Blue Ridge Mountains. She believes very strongly in a plain and simple lifestyle according to scriptural mandate and strives to live according to the principles of the Proverbs 31 woman. Hearth Strings hand-crafted, small batch granola and bars are made fresh daily and shipped all over the U.S. You can order on their website, or connect with Cassandra on Facebook.

[Note: I originally wrote this post a few years ago, for my Business Action Hero website. I've refreshed it here because it's still relevant - maybe now more than ever.] "If you are deliberately trying to create a future that feels safe, you will willfully ignore the future that is likely.” - Seth Godin It hit […]

If you follow me on Facebook, you probably saw my recent facebook post about the ah-ha's that I had on my Thanksgiving drive. Ah-ha's that led to some of the changes I'm making in 2019. Changes that I believe will benefit you in a BIG way. Essentially, I'm creating a free learning library for creative entrepreneurs that's […]