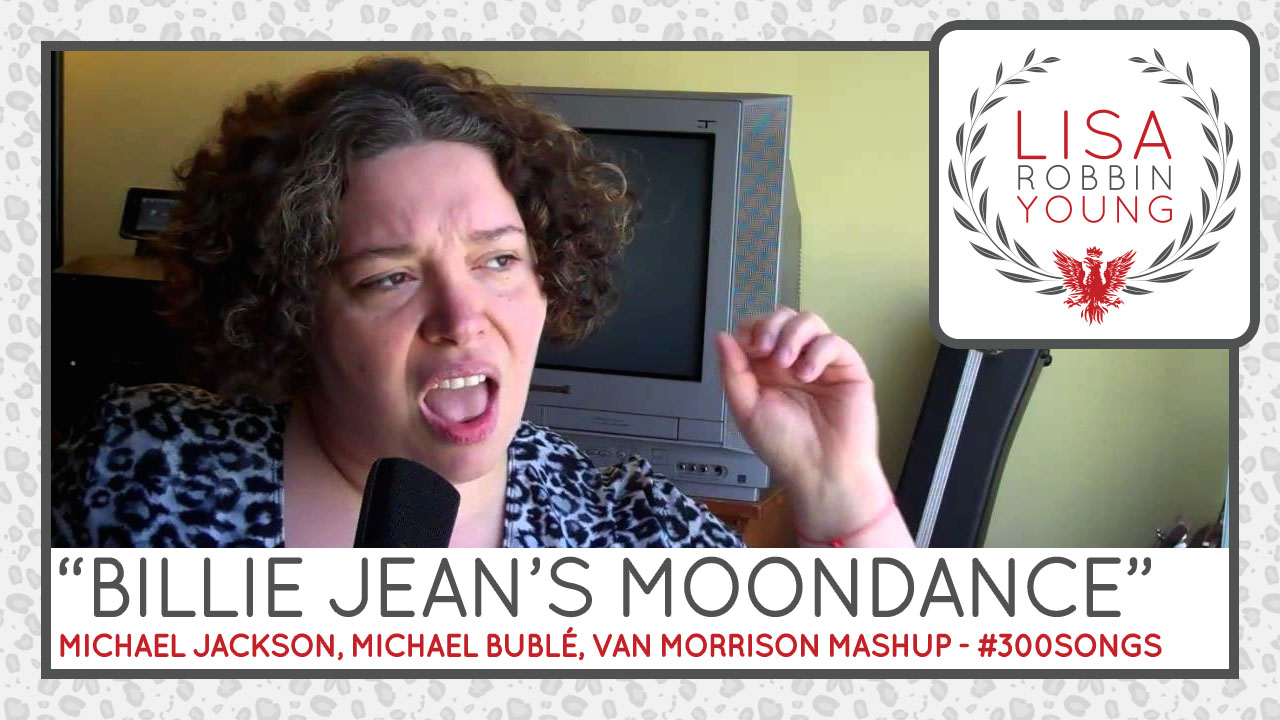 So, um, I was listening to a Michael Buble CD, and as his swing rendition of Van Morrison's "Moondance" started playing, it became apparent that I could also hear strains of "Billie Jean" by Michael Jackson. It would not leave me.

You know how you get a song stuck in your head and can't shake it? Yeah. THAT.

It isn't beautiful, but it's certainly silly. You've been warned. 🙂

Want more songs from the studio? Subscribe to my YouTube channel and be the first to be updated. Still need tickets for the upcoming show? Get 'em here!

[Note: This is the first in a series of what I hope will be daily video posts. I've got a lot on my mind, and writing feels too slow. We'll see how this "daily" thing goes, but today's eclipse gave me a bunch of ideas. Here's the first one. Enjoy!] Get Your Year In Gear […]

In part one, Sarah Robinson and I sat down to talk about her own business evolution, as well as her book,  “Fierce Loyalty: Unlocking the DNA of Wildly Successful Communities”. This is part two of a three part interview, wherein we discuss Sarah's Fierce Loyalty Model (enhanced with graphics! Ooooh! Ahhhh!).